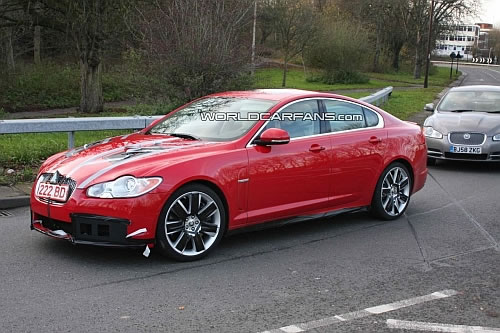 There is no doubt that the official release of the next generation Jaguar XF-R is sooner than later, but it seems that the XF-R right now is not the best kept secret in the auto world. The sizzling red hot car with vents on the hood, large bumper air intakes and quad exhaust has been snapped pretty extensively in spy shots with Jaguar having a problem keeping it under the mask. The XF-R follows the thread marks of the highly successful Jaguar SV8 XF and is slated to sport a 5.0 liter, direct-injection power plant supplying more that 500 hp. While the SV8 XF sports a 4.2 liter, 420 hp engine, the new XH-R could way beyond that while still keeping in line with the Jaguar class and royalty.