Koenigsegg has come up with more details on their new to-be-debuted automobile – Agera R. The vehicle will be revealed at Geneva motor show. However this is something that makes up the pre-debut reveal. 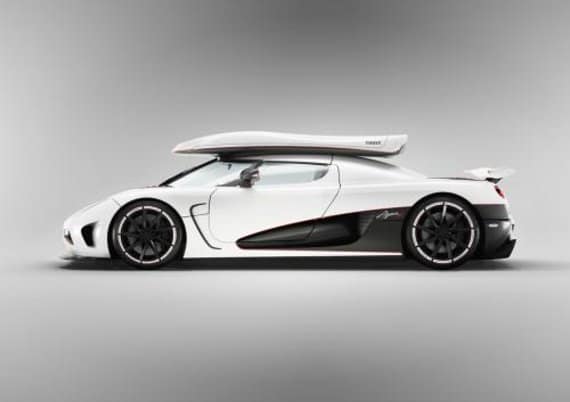 Agera R is considered to be a slightly improved version of the Koenigsegg Agera. The Speed Racer themed hyper car is equipped with Vortex Generating Rim (VGR) wheels. It gives a turbine effect that in turn creates some down force. The Special Michelin tires incorporated offers a speed rating of up to 260 mph (419 km/h). Well, this is considered to be the highest-speed-rated tires in the world.

It also features a custom carbon fiber roof box which is permanently attached as a single-piece to the roof panel. The standard roof panel is pulled out of the trunk, when the roof box is removed.